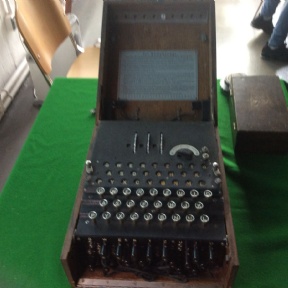 Supporting the current history topic in year 6, the pupils enjoyed a workshop where they practised different types of codebreaking and saw a real Enigma machine work.  A guided tour of the grounds was given and pupils learnt about the reason for choosing Bletchley Park as a secret location for codebreaking.  Pupils also had the opportunity to visit the huts and see the rooms where the codebreakers deciphered the German codes.  Bletchley Park is definitely a place to visit!

"Bletchley Park was a great experience where you can visit and learn about its historical past. I enjoyed the primary sources such as the Enigma machine as well as the huts where the code breakers worked.  We had a workshop based on different code-breaking activities.  We solved several using different strategies to find a keyword.  My team was successful!" - Jenelle

"Bletchley Park is a very interesting place.  I was very excited to go there because it was used in WW2 to solve German codes and ciphers.  We were on historical grounds.  My favourite part of the day was when we visited the huts and saw the desks which the codebreakers would have used.  Definitively recommend it!" - Oktay

"Bletchley Park was a really good experience for me because I got to learn about codebreaking such as the Enigma machine and the Bombe.  My favourite part was looking at the museum – pictures of Alan Turing and Commander Davidson – both important people in codebreaking." - Rebecca

"It was an interesting trip and we learnt codebreaking and about very important people such as Alan Turing.  We also found out about the women who were also part of the codebreaking team.  I enjoyed the guided tour.  We got a good perspective of Bletchley Park and what it was like during WW2." - Jenson

"My experience at Bletchley Park was amazing! We got to learn about many different things such as the Enigma machine and the Bombe. We had a perfect tour led by Robert and he gave us lots of factual information. I really would recommend going." - Kaan

"My time at Bletchley Park was fabulous! The views from the outside were fantastic and I really enjoyed the long walks whilst learning about the history of how Britain defeated the Nazis. Stuart gave a very descriptive talk and explained a lot about what went on at Bletchley Park, but in a really fun way!" - Ariya 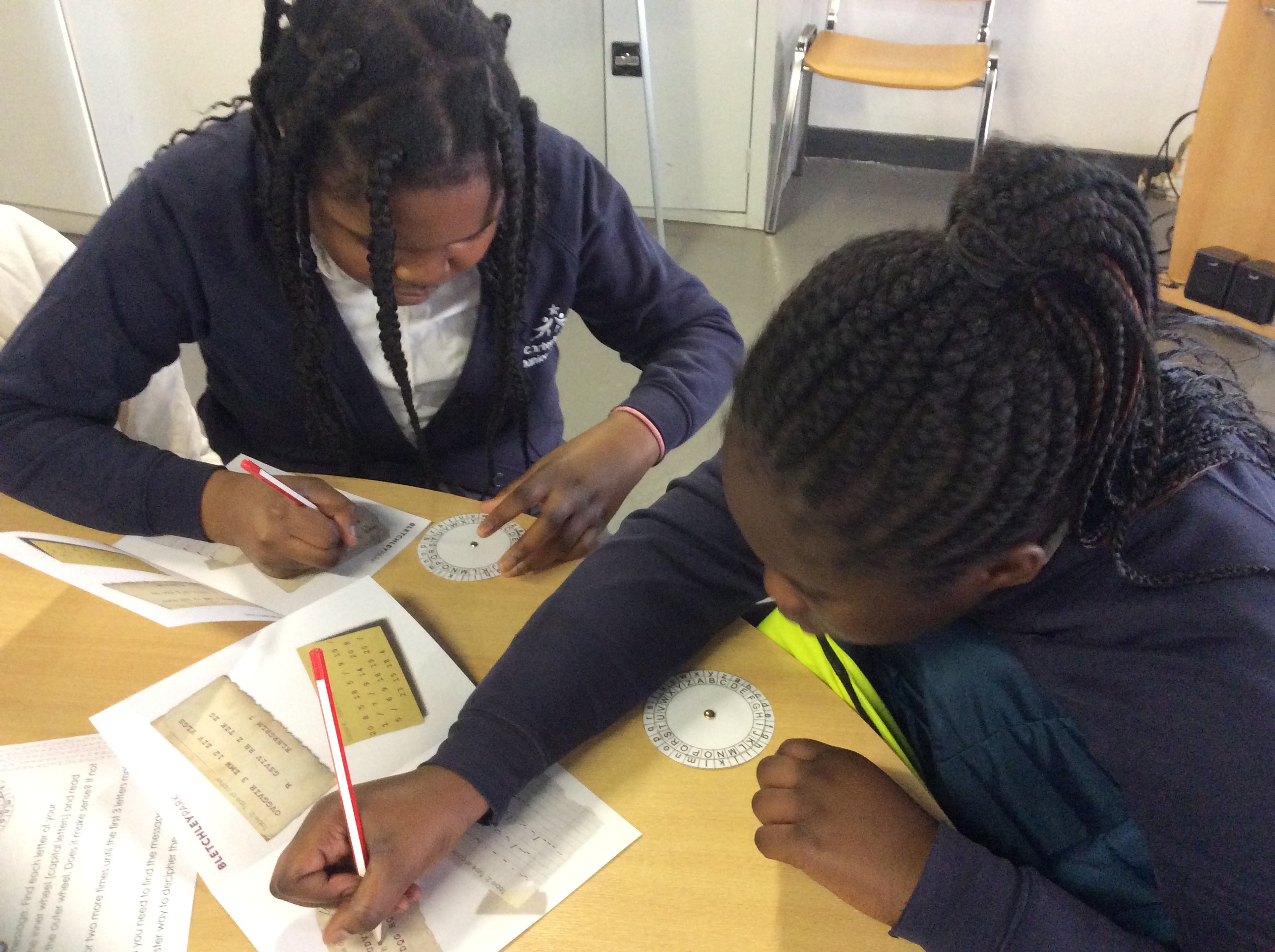