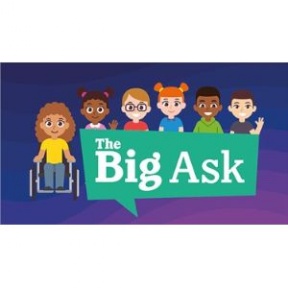 Get your child’s voice heard and make a difference!

To help the Children’s Commissioner understand what young people are thinking and feeling, Dame Rachel is asking for every young person in England to answer a questionnaire similar to the Census held this year for adults over 18.

During PSHE lessons, all pupils took part in their first census ‘The Big Ask’ - the largest ever consultation held with children supported by the school parliament.

It’s an exciting opportunity to help us think big and it’s a chance for every child in England to have their voice heard.

Find out more and take part